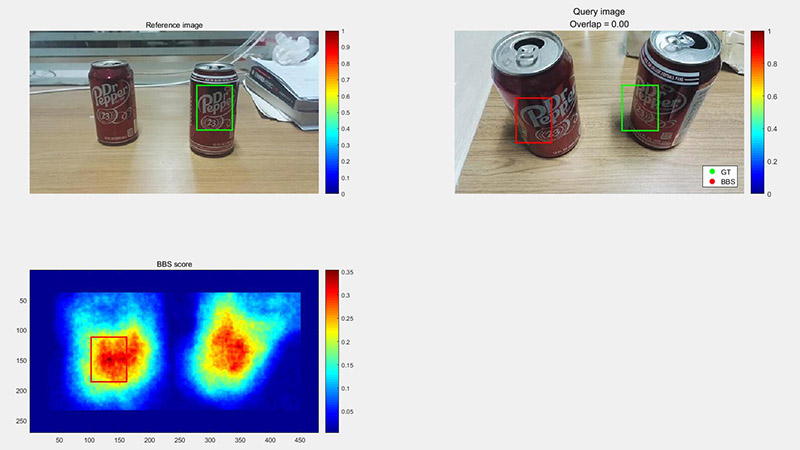 This program is inspired by an article named "Best-Buddies Similarity for Robust Template Matching，CVPR2015". After reading this passage, I started to realize this method described in it by using OPENCV and c++. And here is the source code I wrote. "BBS" is short for "Best-Buddies Similarity", which is a useful, robust, and parameter-free similarity measure between two sets of points. BBS is based on counting the number of Best-Buddies Pairs (BBPs)-pairs of points in source and target sets, where each point is the nearest neighbor of the other.

And this program I wrote can deal with certain input image with a given rectangle, and mark a rectangle of the highest BBS in another image, which is similar to the previous one. For example, a particular frame of a video and its next frame. And the output of this source code on the challenging real-world dataset is amazingly precise, far beyond my previous expectation.

The recognize result of consequent frames of a dynamic video.

The output image of moving object.